Pigging Out – the title that is well suited to this man.

Here’s the catch: While some are having the forty winks the Pig would tiptoes to the kitchen and rummage the fridge, leaving empty plastic bags and messy pig slices. If you caught the pig, the pig would just grins with his bloated-mouth, cleans his muddled face and leaves you in a shock state. If the pig has a bucket of goodies, the pig would turn away to his company and would face the wall vacantly while pigging out the goodies crunchily noisy.

You would always see the pig pigging out the goodies like a bachelor in the kitchen and the pig would never cares if he has company. That’s the man I met that gave me annoyance at the outset but then the irritation grew into embarrassment. There were times that I would like to tell him that he wouldn’t need to pig-out. There were times that I’d love to evaporate whenever he’s pigging out because I feel ashamed about him. 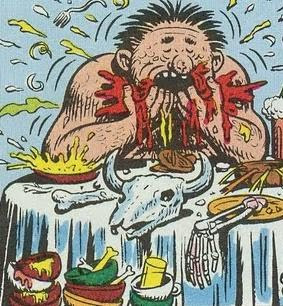 And now, I am trying to understand this man. Maybe he’s one of the grown-ups who failed to grow and still fixated to the mine-mine attitude of kiddoes. Meeting this man made me feel proud about my parents on how they nurtured us the value of sharing. Whenever I see the pig on his pigging out business, I just chuckle and mind my own business.

All right, the lights are off. He sneaks on the room for the third time to check if his folks are already snoozing. He tiptoes on flight down the stairs. He boils water and prepares a mug and a bottle chiller, both with muscovado sugar, spoonfuls of Nescafe coffee and creamer. He fills the whole mug with boiling water and ¼ full to the chiller then adds cold water on it and puts aside on the fridge. He drinks the hot coffee in one shot and he’s done. Ready. Prepared to do what he has planned, a drift.
He cuts two strips of scotch tape, turns the light off and goes out silently. After locking the door, he puts the key just above his groin and seals it with the strips of scotch tape. He’s cautious and thinks about safety, always. He has the alarm that if ever he loses the key, someone might get it and goof around in their house. That is why by doing that bizarre fixation makes him feel secured. He always anticipates danger. He is afraid of it but he is ready to face it. Being ahead of himself is another channel of security, thinking about all the possibilities in life that might happen, especially the dreadful ones. He goes out of the gate and checks the vicinity. The store in front of their compound is already closed. He walks through Sampaloc Street going to the main road. On his way, he sees three men talking on the side streets under the gloomy illumination of the moon. He takes off his intent look and bows his head immediately.
Okay, I am not alone. There are still jerks walking here, nocturnal, just like me. Meaningless…Meaningless...
He sighs. The “balut” vendor is fully awake retailing her products on the corner of Sampaloc and Kamagong Avenue. He looks around and sees a man standing outside on one of the units of the building, settled in the dark along the length of Kamagong.
Okay, don’t look at him. He’s dangerous. Oh my, be casual man. Act as if you’re part of the hours of darkness. Damn, this is my first time to go out at this time. Jerk! You’re already here. Be casual.
There are still jeepneys passing by, only a few and he looks across the road and catches a sight of the old buildings, as if they’re on putrid collapse in the city’s evolution. The post lights shed a faint orange beam on the road.
Okay, relax. You said you want to loosen up. Here it is, chill out man.
He takes a walk further and further til’ he sees a sari-sari store.
Tao po, knocking a one-peso coin against the steel bar of the store’s panel
Ano yun?
Marlbora lights, isa lang
Isa lang? The vendor frowns.
He lights up the cigarette and walks on the other side of the road.
I am depressed. You’re not. Depressed persons aren’t aware of their condition. So I’m not depressed? I ain’t know that. Still I am depressed. You’re not. That’s what you call, typical sadness. So I am sad, full of apathy. Yeah, maybe just a typical sadness.
He puffs and savors the nicotine blast. He looks around, catching the glimpse of the nighttime. He sees the night just like him, dark, lonely, deep.
What now? Im thinking okay. Gimme a time. You have other plans right? Look at you, what happened to the man that I used to know, the future-oriented jerk, the safe, the ambitious man. He’s just gone. Nothing’s left. Meaningless, meaningless. Everything is meaningless.
Then there’s a group of man walking on his way, the bling-bling men.
Fuck! The useless pricks are here, dammit! So you’re scared? I’m not, are you? Stop pretending, you’re trembling man. I’m not.
He is pretty scared, but behind his mind, there’s a voice soliciting pain.
Stab my back please, kill me, now. You’re scared to die. I’m not. Obviously you are. I have nothing to lose because everything is gone. The old me is nothing, meaningless. He closes his eyes and opens it after he sensed that the “jerks” are gone.
C’mon man, let’s just go home. Don’t look for something here because you’ll find nothing. Look inside. I’m afraid to look inside. For what reason? I’m afraid of the junks that I stored there, and scared of...Of? Nothing. See, you haven’t lost everything, you just need to sort it out. Sighs! Okay, let’s just go home. 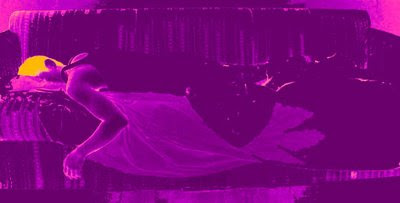 Sometimes the biggest battle is the struggle within us, when the unconscious talks and the id desires for its materialization. We tend to fold our emotions, hide it at the back of our minds, waiting for the perfect time of explosion. And sometimes we even fake ourselves just to reduce the pain, the disturbance in our thoughts, even in a nick of time. Sadness, typical sadness as I call it, the fracas in the core of our heart and soul, hunts us down til’ we’re dead to the world. “BUT” instead of fighting it off, try to ride on it. Ride on the moment of typical sadness. It isn’t bad at all. Do not fear sadness for it brings glory in the end - realization, wisdom, and even the reason of our existence, “to be happy”.
Posted by sunny at 8:29 PM 22 comments: