WHILE I was waiting for my niece to get out from her tutorial class, I saw a man going to a room, an office, beside my niece's center. He was wearing black slacks and a perfectly ironed long sleeved polo. He was also clutching a leather pouch bag and holding an iphony, the usual office boss aura. He rang the bell on the door. No one had responded. He waited for another minute and then rang it again. His hands were already tense and his composure changed as if it was freezing. His arm muscles got tense, and then he latched on his pocket and picked out a chained set of keys. I thought he would have a difficult time unlocking the door, but he did it in a split second. Then, he slammed the door...

A TV add last week; There's a man leaving a building. When he's on his way going out through the door, a brat girl popped out in front of his face. The gal flipped her hair and lifted her chin, made a signal through her intimidating eyes that tell the man to back off from the door.

MY HIGH school friend, a laude of a pontifical university told me this, "I have superiority complex" that's why he has a thick-skinned interaction with his workmates who graduated in "low-class" school and made him believed that he's ten feet higher than the rest.

What's the commonality with these stories?

HOW to become UNFAITHFUL

HOW to become UNFAITHFUL
What an idiotic question!
It’s a nutshell…all you need to do is to play around

1. Keep your fingers busy. Chatting and texing, da bomb! – Soonish, probably after an hour or so you’d be able to hook up someone.

2. Keep your memory sharp. The numbers of your ex’s, friends and the friends of your friends’ friends’ number, there’s a great possibility for a good re-encounter to happen or just assume it’s just deja vu

3. Keep your body in good shape. Be active, go out, walk around, stroll at the mall, hibernate at coffee shops, do bar hopping and in any minute you’d be able to bump into someone’s boobs and BANG!. 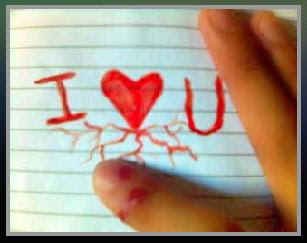 Talking In His Sleep
So you know everything about your lover
Wanna bet?

The affair okay
He's corrupt
What do I do, what do I say
I feel ashimed, embarrassed, fatigued
Such a petty crime of sexual indiscretion

My oh my
How can this be
There he goes talking in his sleep,
By and by
He will connive does he know
He's talkimg in his sleep
Adultery that's what the call it
When you're married
Tell me something
Why is it that the man are forgiven and the women aren't?
I don't know may be, may be I should forgive him
May be I'm over-reacting what do you think...not!

Maturity comes in when you able to sustain a good relationship with someone without the issue of another party butting in. It’s not a sin to drool out to someone else but the effin’ “NO no No” is when you accommodate your senses, and let them take over your mind. We can think thousand of reasons on why infidelity happens; boredom, misunderstandings, lack of satisfaction, curiosity, pure pleasure or let just say the genetic make-up of a man. But screw up the balls and hold back the testosterone surge, be a man enough by keeping your words and staying with your principles.

Now if you gonna throw me that question, it would be hard to answer. I can’t stand a single tear to fall from my baby’s eyes because of infidelity.