"On October 1st mark you calendar." Cris told me with the smiley emoticon and the all caps okay then bold period. With no question mark, he meant no NO answer. I just replied,"dress code?" in an impulse. He responded with a semi-formal, borderline formal attire. Oh, with my new Espirit long sleeve and sleek pants, flaunting wouldn't be a problem.

First comes the anticipation of meeting up with new people carrying the multi-tainted billboards on their faces, then comes the butterfly in the tummy upon entering the room, thinking if you've just carried the right facade for the night. Then comes the blowing of trumpets, the competition of making of the opera sound in a demure and classy style while the making the softest yet sharpest sound of sarcasm.

I sometimes do not care passionately about what other people tell who they are in terms of the status quo, but it's interesting in the abstract. People tell each other things to elicit some sort of response. The usual talk to impress each other, or how successful they are or how big time they have become. To give us a kind of flattering context. But there were times that I'd want to cut to the short form. "Hi, I'm interesting, but I am damn serious". This is to ask people straight out to like me or maybe give them references from other people who've thought that I was interesting, but damn serious or funny in the past.

So the short form of what I am telling is that we don't want just to be anybody, we want to be somebody at any rate. Though there's nothing wrong in obtruding oneself to public notice, sometimes the confidence of silence makes the loudest sound for you to stand out.

* Hi there fella, this is my comeback post after my long hiatus from insanity. So, I am back to mingle, to talk, and to party with you all. Cheers! Shhhhhh...

Everything had started during my first week working in the Intensive Care Unit, the days wherein I had my first ever mortality. One night after my tiring duty I woke in the dead of the dark, sweating and palpitating because I was hearing creepy sound in my mind. It was a recognizable sound, a sound that i'd been hearing almost every day of my life. It felt really uncanny, but I just it ignored it to shut it off from my awareness. And I tried to deliberately forget about it. But then the next night, I had the same problem and it became creepier because the sound became bloodcurdling.

It was a sound that carried me into wakefulness from a dream. And when I was wide-wake, the spell had refused to go away. Then it abruptly expired. It seemed that the sound was haunting me silently in the dark. Sometimes the sound seemed to be pleading for my thought. Sometimes it sounded like an alarm that would mean a power. And it sometimes the sound was sounding quietly, creeping into my unconscious, and then it lingered into my conscious world. 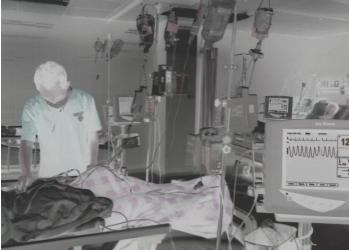 I am starting to miss you…

We hadn’t have a perfect encounter. I was darn tired that time and on the other hand, you were very eager and lively to know me. Though I didn’t let you know that I often saw you following me, I find it very sweet and irresistible, I am sorry for not showing you what I felt those days because my body was indeed dead beat.

But of course, with your perseverance and enticing charm, It’s out of the question that you caught my attention and time. I remember when I first touch your subtle body, it was heaven, and now I really yearn for it. I miss you.

And because you found me...

now that you're gone

For the past few months I enjoyed walking in the rain, enjoying the tactile gladness of the droplets. It seemed that it was a walk of a lifetime. But I was wrong because now I feel like running, to chase the rainbow after the last drop of the rain. I found myself confused, puzzled, naked, and worldly. Calculating my niggling undertakings, I consider myself no less than a punch because I was able to invest with my profession by laboring with continuing studies. And though it slashed my pockets and bogged me down to enjoy the TGIFs, at the end of the day I feel a bit richer and happier -somehow. It’s not easy, especially by doing it “all-by-myself”, a trying-hard wannabe independent victor. I needed to balance my insatiable wants to my petty salary, taking into account each dime against every drop of my sweat. Even if it was hard, I learned how to struggle with it. I learned how to live with it. With all the burdens on my shoulder, finally I was awaken by the bulk of it and then I realized that I know how to shrug it off. Yes, I learned how to say no, I made it. I was able to lift my hands and waved goodbye to some of the weights. Now, I feel a bit better. This morning, I did my laundry, cleaned my closet, had an exercise, took a shower, and groomed myself well. But then, I heard this song and it played continuously in my mind…

Oh crap, it’s not easy to leave all those weights. It feels different. I just wanna run.
Posted by sunny at 3:24 PM 12 comments: 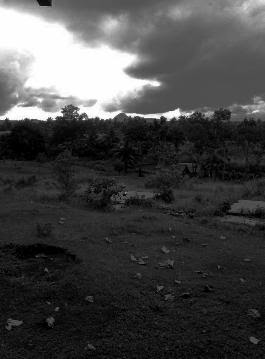 It's almost 5pm when the rain started to teem on earth. “My moment”- said to myself in an engaging tranquil tone as if I had an image of manna falling from the sky. It poured hard and it created a fervent sound, a thumping reverberation on the tin roof and creating a rhythm, a harmony, a melody in my ears. The resonance had quivered my senses, swinging my body, lifting my spirit, and launching my heart to heaven. I made a hot coffee and I sat on the couch, listening to the air brought by the rain as it leads through my lucid imagination. Then I took a few sips of my coffee and loomed into the open door. The fresh, crispy wind had seized me, unfolding myself to my own buoyancy. And the raindrops were dancing as they touch the ground with intense joy, just like meeting up for your loved ones after long years of waiting. “It’s raining hard and I hope it doesn’t end…”I took my coffee and drank it til’ the last drop, savoring the aroma as it travels with the air. I sat down on the couch and let myself to drift into the realm of my fantasy til' d last drop of the rain...
Posted by sunny at 1:14 AM 7 comments: