A week filled with wanderlust. A joyride lived through a first-class accommodation. My travel adventure last week was an opportunity of learning, a new realm of quest, a dream fulfilled.

My itinerary started on

I just took a train to come into a remote Indian village. Along the way, I met different persons and I visited different sacred temples wherein I offered some prayers and performed some Indian rituals. I also visited an Indian market filled with spices, colorful fabrics, and some unusual animals, which are usual to them, like the snakes caged in glass-sided tank. I was able to witness a funeral too, a Hindu funeral with the symbolic sanctity of the Cow. And I also learned that lime juice is popular in India especially in welcoming their guest. The Indian culture is very rich and unique.

My next sightsee took on the fairy-tale place of

I had a back-to-the-future feeling, a travel to the medieval Europe. The whole place was foggy and cold yet it’s filled with hotspots, the historical landmarks. I visited Burg Square, Brudges romantic canals and of course The Basilica of the Holy Blood (Heilig-Bloedbasiliek) that shelters the relic of the Holy Blood, which was brought to the city during the First Crusade. Brudges is very lovely.

My wanderlust reminds me of the beautiful poem of Emily Dickenson, There Is No Frigate like a Book (my second favorite, next to I’m nobody! Who are you?).

Whoa, fellas. It’s too good to be true. Wanderlust to India and Belgium, whew! I just watched two great movies in one night - The Darjeeling Limited and In Brudges.

There is no Frigate like a movie marathon to take us lands away...

Watching these two fantastic movies is like a real journey to India and Belgium. The Darjeeling Limited was set in India while In Brudges, obviously set in Brudges, Belgium. Aside from wanderlust, these movies offer more than the trip of travelers aficionados, the substance and lesson are overflowing, intelligently crafted films. 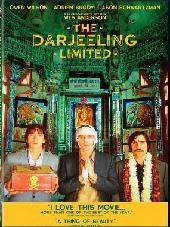 is about the spiritual quest of three brothers who have not encountered each other in a year after the funeral of their father. The movie has a comical surface, the tone and visuals of humor. But digging out the substance, it’s filled with lessons laid down in the metaphors and striking lines. In the end, you could easily relate to it because it talks about the general issue of journey in life. One good line from the movie – “thank you for using me”. One good scene – when the brothers are late for their train and in order to catch it they drop their treasured and personalized luggage and hop onto it while the have the chance. “They have finally learnt to 'Leave the baggage behind (forget the past) and seize an opportunity (make the most of the future)'.” 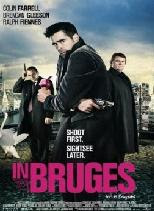 is a great movie too, Colin Farrell is different in this movie. It’s a movie about the two hit men set in beautiful place of Belgium. It was night before Christmas when their big boss from London made an order to kill someone, which made a great twist to the movie. It’s funny with the comic dialogue, full of surprising emotions, and the characters are pretty unconventional. The thing that caught me with this movie was their line “Shoot first, Sightsee later”

sympre amor, i woudnt waste a time giving info about these movies if they're not good,hehehehe!lol

maus thanks for droppin by...hehehhhehhee!

india is a dream for me! like japan and korea... very conducive for photography. :)

brix thanks for droppin by, yep India ia a great place, iv been there once,lol! thanks darjeeling,lol! btw, iv seen ur lomo pics, great job buddy!

Nothing like a movie (and a very good book) to bring you places... right sunny?

Have a great week!

right Kg, how frugal is this chariot that bears a human soul!