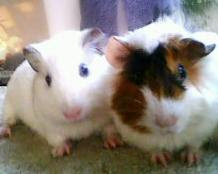 May you all be blessed...

Here's a dose of info..quickie lang ako eh!
"Easter is celebrated today as marking the resurrection of Jesus Christ. Although Easter is one of the most celebrated hoidays of the modern Christian church, the name Easter originally came from Eostre. Eostre was the ancient Greek goddess of spring. Pagan festivals were held every year to honor her because it was believed that she had returned and brought with her the light of day. This festival marked the return of longer days and it also coincided with the vernal equinox which is on the twenty-first day of March every year. The early Greeks did not fully understand at that time why the days became shorter and then turned longer again. They were afraid that if they did not worship the goddess of spring, that she would stop returning and the sunlight would not return either.

The Christian church changed the pagan holiday into the celebration of the resurrection of Jesus Christ. And, instead of the holiday being held on the spring equinox, the date was changed. In the year of 325 AD, the Church Council of Nicaea decided that Easter would be celebrated on the very first Sunday following the first full moon after the vernal equinox. Because of their decision, the date of the Easter holiday differs from year to year. It can be celebrated as early as March twenty-second or as late as April twenty-fifth.

Easter is more than just one Sunday in the spring. It consists of several other holy days, too. Forty days before Easter is Ash Wednesday. This begins the season of Lent which ends on Holy Saturday, the day before Easter Sunday. The week which lasts from Palm Sunday to Easter Sunday is known as Holy Week. Good Friday marks the death of Christ, while Easter marks His resurrection.

Many symbols of Easter, which include eggs, rabbits, chicks, lilies, sunrise services, and a new outfit of clothing originated from early sources. Easter eggs represent the beginning of life. They were first colored by the pagans to resemble the returning sunlight as well as the northern lights in the sky. In later years, an ancient Christian legend told of the Virgin Mary giving eggs to the Roman soldiers. She begged them not to crucify her son.

Faberge eggs are probably the most widely-recognized ornamental eggs. They began when the Russian Czar Alexander had the famous goldsmith named Peter Faberge create a special Easter egg for his wife, the Empress Marie.

Rabbits and chicks represent the rebirth of the earth. The lily, specifically the White Lily, which is also known as the Easter Lily, is a symbol of the resurrection of Jesus Christ. Its whiteness symbolizes the purity of new life that comes from being resurrected. A new Easter outfit also symbollizes the beginning of a new life. And, finally, sunrise services are still observed today in many churches. They began in much earlier times, though, when people got up early and celebrated the rising of the sun." 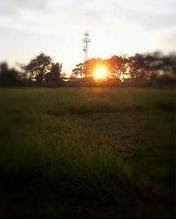 happy easter to you and to your family!

pwede na rin hehehe.. thanks for the info Kabs!