I had a dinner with my sister, bro-in-law, and my 5-year old niece at Grilla Bar and Restaurant, Greenhills Promenade Branch last Wednesday night. We made an order of seafood meal, baby back ribs, and a follow up order of kare-kare. In fairness to the resto, we were amused savoring their tasty food. But at the middle of our meal, my bro-in-law found a piece of “STEEL WOOL” on his mouth after munching a mouthful serving of kare-kare. My sister got really upset because what if my niece got swallowed it. We immediately called the attention of the manager. Both sides were calm about the issue and Ms, Leano, the manager said, “gusto niyo ma’mam palitan na lang?” Consensus was made by her suggestion. But it took quite a long time before the food was served so my sister had decided to just cut it to our orders but Ms. Leano didn’t agree and suggested to just take out the food instead. Again, we agreed and waited for the food. When we got home, we found out “BIG CHUNKS OF FATS” (or whatsoever gross thing you may call it) on the meal. We were stupefied looking at it because it’s really gross and completely different in contrast to the first serving we had. It has no more steel wool but the GROSS CHUNKS of “eww” instead. Without delay, I searched the net for their number and my sister dialed it up and talked to the manager once again, but this time my sister was logically furious.

The “STEEL WOOL” issue was already a BIG mistake for them. On some resto, they would replace it with their most expensive meal and on some would double their serving. We were already annoyed and disgusted about the “STEEL WOOL” but then they made another foolish act by treating us like brainless customers. I really don’t know what’s with Grilla, they’re supposed to augment their first fault but then it turned out into another disgusting mistake, deliberate mistake – I presumed. 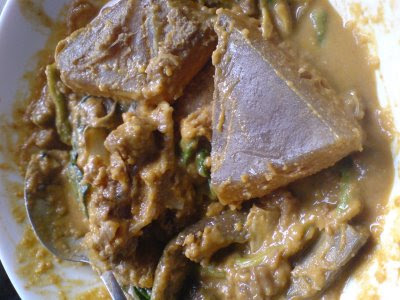 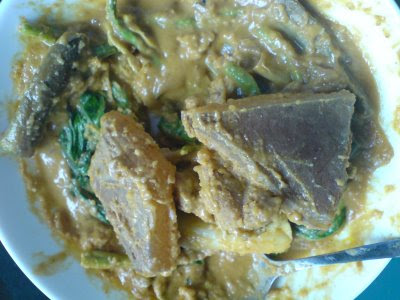 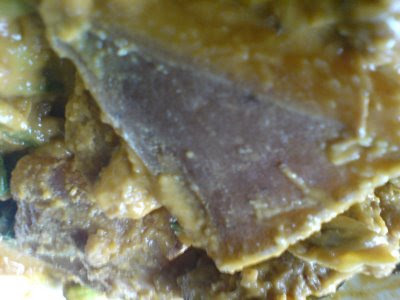 Labels: food and drinks, my rxns...

*pukes* i hate those kind of restos.. especially those unseemly mannered crews. thanks for sharing your experience with your viewers.

ohhh.. bdw, that's the "dinner date with the other" you're talking about last time we've talked..

yep OR! grossly disgusted with Grilla!!!!
with the ohter??hmmm!!! guess so,lol! jampacked kasi mam OR sked ko this week,lol

emben eow to the nth power,lol!!!! thanks for droppin by....

what was that, my goodness. it looks like big chunks of disgusting ..... holy crap!