I am a big fan of Ginkgo Biloba. It is believed that Gingko has the power to enhance memory and concentration, nice right? But always consider the intrigues about any drug without BFAD approval, lol. But because it was recommended by a family doctor, I apathetically tried it and then after a while it consumed me. As a right-sided gray matter average Joe, analytical thinking is quite a difficult task to do and it’s just through memorization that I compensate for a grave cerebral scarcity, *sighs*, at least it makes me feel a bit brainy. It was during high school days that I truly learned the value of memorization. The periodic table of elements was the first major challenge. Jeez, it was really tough memorizing the atomic number, weight, symbol, and etc. And to tell ya fella, don’t dare to ask me, still got the neurons that stored all the stuff about it. The taxonomy in my bio class was extreme. Name it buddy; the kingdom, the genus, the family, and the species of almost all the flora and fauna in this world, the heck!!! but I passed it with flying colors. How about the history lesson? Don’t ya know that pochero was M.H del Pilar’s favorite treat, ehem… (If not, now ya know lol. How about the Tinola for Rizal? And the way for Aguinaldo’s heart were just bibingka and cow's milk. See, these are some of the hilarious side of history lessons and I still wonder why’d we tackle these crappy things, *shrugs*. Anyways, memorization also played a major role in my literature subject; the Sophocles, Euripides, and the characters of the Romans and Greek Mythologies, the journey of the Geoffrey Chaucer’s characters and the stories of Scheherazade to save her life. Whew, that was overwhelming (on my part). The memorization trick that I’ve learned during high school was also the trick I used during my college life. Who says that nursing is easy? I, not blowing my own trumpet here buddies, just a relative opinion of an assuming dark horse, lol. Pharmacology, the drug list of bits and pieces, was a nutshell. The anatomy and physiology of the body’s organs and tissues, the pathology of diseases, and everything that requires memorization, even the laws and bills were not that though as compared to the opinions of the bacterial-like in number of nurses. This is too much of delusional grandeur. Okay, before you puke out because of my fabricated know-how games, lemme flip the coin -

Last Sunday, I had an eerie feeling. I don’t know how to call it but it’s like emptiness. I felt like I was trapped in my hollow heart with guilt aerating around. I chilled out with my pc, but it didn’t work. I watched TV, I gobbled foods I went out of my pad, I walked around and did some other stimulating activities, but none of these gave a solution to my emo, even of patching out a small of hole of predicament. 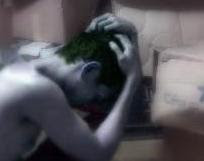 I felt that everything bad had flashed back in an instance, a reality game as if the problems were present at that very moment. The self-reproach was kept on pushing me on the memory pit of envy, lust, pride and the deep-seated feeling of unworthiness. I would like to shout, to vanish in an instant, to escape in that inescapable disarray. I just sulked at the corner of my room instead. With deep introspection, I found the answers – the terms. The answers that I dug out were the terms I bumped into before I stuck with the gripping passivity in life. These terms are looking back and holding back. These two terms have different meanings. When we say, holding back, which I usually do, is to impede the progress of something or to retain oneself in a dormant phase of life. On the other hand, looking back, which is more positive and which I ought to realize, is just looking back upon a period of time/events or simply recapturing the past with attention and liberation. Sometimes I think what if there’s such a thing as memory wipe, just like the story of Michael Jennings. 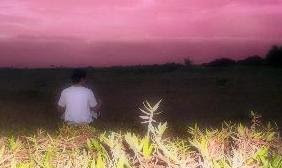 That would be a great help for those in severe depression and other psychological disequilibrium. Dam**t! That’s too sci-fi, and I hate it (but I watched it, lol). If you believe that loser’s script exists then you’d be caught in more ruthless condition. Life is indeed a long journey, sometimes for you to move forward, you outghtta leave your luggage though it means a lot to you, even if it contains valuable history in life. So keep moving forward and from time to time look back. Besides everything resides at the back of your mind, if you need it, just look through.

Memory, use it to move forward.

hopefully there's another nuffnang event soon so we can cam-whore again :)

are these pictures of you? @@ or u got it from other place. XD

he he he! thanks for droppin by...

Ako kaya, how much of my memory is still doing fine?

faye, chubs, faye and amor, thanks for droppin by...
chubs, hindi nmn emo,lol